Top 6 Reasons Why Amazon’s AWS is Good for Startups

Top 6 Reasons Why Amazon’s AWS is Good for Startups Most startups have so much to do without having the required budget or the technical expertise to accomplish their tasks. This is why startups should really consider Amazon’s AWS to help them get the job done.
It used to be that startups were in a disadvantaged position because they need to spend a lot of money in order to have the infrastructure to test and develop their services, and to support their growth. And traditionally, startups were forced to start big, making it a struggle for them to make profits gradually as time goes by. It was either that or to admit failure in time and give up. AWS changed all of that!
And you would be in good company, as well. Amazon has revealed that some of today’s most successful businesses started out using Amazon AWS. If you are a startup, then you would breathe easier knowing that Pinterest, Tinder, Spotify, Yelp, Airbnb, Dropcam, FunPlus, FourSquare, and AdRoll, all used AWS during their early stages and even until now, when they have already become some of the most recognizable brands.
What are the specific reasons for startups to consider AWS?

1. Amazon’s AWS has everything.

Think of the Swiss Army knife. It has everything you need to survive. Now think about AWS and compare it to the Swiss Army Knife. AWS has everything you need to stay competitive and to survive in today’s business climate.
You could get access to AWS’ wide range of offerings that you might need, and they have almost everything that most startups require. From relational databases, to servers, traffic, Hadoop deployments on EC2, storage, user generated content on S3, metadata and roll ups on DynamoDB, Route 53, and to ElastiCache.
For startups, you need to be very agile. Whether you have an original idea or a great product, or you are playing catch-up in a growing market, you need to be able to get the infrastructure you need without worrying about huge capital outlays upfront. Huge investments in hardware and software tend to slow startups down. AWS allows you to access the resources you need easily and quickly. It enables for quick provision of services and technologies, and relies on its big infrastructure technology platform. Instead of waiting for a new server and hire a database administrator, startups can just use Amazon’s AWS and start working on their apps, for example.
Another thing, AWS is not only a leader because of the wide range of services it offers, it also gives you deep functionality for each service. For instance, you do not only get a general compute resource, you can also take advantage of different options and features such as getting compute resources that are optimized for memory, storage and I/O. Another example is that Amazon’s relational databases work with MySQL, SQL Server, Oracle, Postgre SQL, and Amazon Aurora.

If you have unique needs that AWS is currently not offering, do not fret. AWS has been innovating and adding services here and there, at a pace that cannot be beaten. For instance, in 2008, the said platform only offered EC2 and EBS. The next year, they added three new services, and then 20 more services over the next three years. That pace has not slowed down and if you follow their annual AWS re:Invent events, you would see what the cloud service provider has been up to and what it plans to roll out in the near future.

AWS prices its offering fairly and competitively, and it is not one to shy away from a price war with its competitors. Plus, sharing AWS infrastructure cost with a lot of users means that they are able to leverage economies of scale to drive down costs further.
Amazon’s AWS then passes these savings to the customers, which in turn attracts more customers who use more AWS services. As you can see, it goes back to more users giving the company the chance to lower infrastructure costs while also adding more hardware and infrastructure. This effectively helps drive down prices while ensuring top-notch services.
Startups on AWS also love that they only pay for what they need, only when they need them.

With AWS, you get access to a wide range of affordable services provided by one vendor, and you do not have to worry about contracts and legal terminologies.
Amazon’s AWS has made it a point to make enrolment to its various services very simple; all it takes is a few clicks. Compare that to the old way of doing things, wherein you are bound by contracts and you have to negotiate for a fair price and customizations with different vendors.

Starting up, you would need to try out a lot of things in order to know what would be right for you. Testing and development are easy on Amazon AWS and you can create new development and testing environments on the fly. You can reload disk images, wipe them, and do your thing. And if you want to abandon the work you have done so far, you can.
AWS allows you to grow at your own pace, without worrying about IT operations.
Startups are poised to grow rapidly, especially after testing and when their services and products find their niche market.
Amazon AWS enables you to grow and expand very quickly. You pay only for the resources you use, saving you money at the start, and then just add more resources when necessary. For example, if you need more storage, you can easily request it.

No more worrying about your disaster recovery backups. You can use Amazon AWS for that. Specifically, you can use EC2 to synchronize files between two computers while using S3 to store your disk backups.

Are you a startup considering using Amazon’s AWS? Worry no more and call Four Cornerstone at (817) 377-1144 or fill out our short contact form. We can help you get started on Amazon services with our team of experts.
Photo courtesy of Dennis Skley. 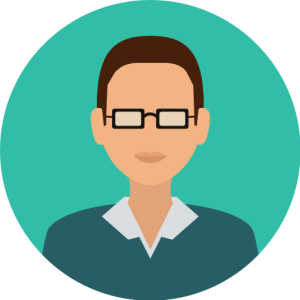