When you mention artificial intelligence, people immediately think about robots doing their own thing, learning from what they see and then acting on their own, or doing things without being asked.

In more recent years, AI has not only become a reality, but also a part of our everyday lives. In fact, Google has recently unveiled Duplex, which showed conversations between a Google Assistant and a real human. The company’s artificial intelligence capabilities now allow Google Assistant to call a restaurant or a hair salon in order to score a reservation or set up an appointment.

Not only did the AI voice sound human, complete with vocal nuances like “mm-hmm” and “uhm”, it was also able to hurdle questions thrown at it. For instance, one conversation had the AI negotiate the time of the appointment, as well as thanking the human at the other end for her help.

Listening to the conversation, you would be impressed to know how Google Assistant was able to carry on a conversation with a live human being, with the latter not knowing that she is talking to an artificial intelligence.

Other examples of Google AI

If you want more instances of how you use Google AI in your daily life, then you do not have to look further than the Pixel 2. Google’s smartphone is like a demo product for all things artificial intelligence. The Pixel 2 has technology that could help you identify songs that you hear on the radio. If you hear a song you like, just turn on the NowPlaying feature and it will display the song title and the artist. According to Google, the smartphone can recognize at least 70,000 songs and this list keeps on growing by the second.

You also have the Portrait Mode in the smartphone’s camera. This feature allows you to capture stunning photos without having to edit anything. Google AI is also able to analyze a photo and recognize which details are important or not. Your Pixel 2 does not only treat one pixel as a pixel, but it figures out what this pixel is. With portrait mode on, you can blur backgrounds while keeping the subject in focus and sharp.

What does Google AI involve?

Cloud computing. The example above detailing how Google’s artificial intelligence was able to successfully secure reservations at a salon and ask about reservations (or the lack of need to reserve) from a restaurant receptionist is probably the best instance of AI and cloud computing working together.

Google has the talent and resources to take advantage of AI technologies, and the cloud is certainly the best place to develop it and eventually deploy it.

In this instance, cloud computing could host the machine learning capabilities that Google AI needed to “teach” the program to speak like a human, to learn different words, when to insert nuances like “uhm” and others. Google AI would be largely useless when it cannot understand what the other person meant. Or if it sounded too robotic.

Also, cloud computing can help artificial intelligence become more accessible. You certainly cannot run Google Duplex and other Google AI products on your phone or computer, and expect these devices to handle all the processing. It just does not have the computing power necessary for machine learning.

Big data. Google AI needs a lot of data in order to work properly. Without big data, AI would not live up to the intelligence part of its name.

Take for instance another Google AI project: Google Lens. With it, you can snap a photo and AI would tell you what it is. Take a photo of a German Shepherd, and Google Lens will say it’s a “German Shepherd”, and include some pretty interesting facts about this breed of dog.

What goes on behind the scenes is that Google AI is scanning a lot of dog pictures taken from different angles to figure out what it is. Then it scours different sources for the best tidbits to give you.

What gives Google AI an advantage over its competitors is that it already has a lot of data stored. It literally has all pages of all Web sites that exist in the known Internet universe. It has several products that gather different information about people, places, and things. For instance, its street view service for Google Maps literally has location, driving, and other types of information for a whole lot of places. Its competitors do not have this.

Internet security. AI is able to analyze millions of data points at a very fast pace. Networks are already using AI to help gather, organize, analyze, and cross-check data for all the devices and sensors that are connected to it.

AI helps monitor your network and the Internet for possible security threats. It can also recognize threats after learning about how these attacks are carried out.

What’s more, because hackers and cybercriminals are getting more and more creative in doing their attacks, Google AI is getting even better at detecting even the newer threats.

The beauty of AI is that it mimics how a human would think if they are looking for vulnerabilities. Think of it as having millions of cyber security experts doing the monitoring for you.

Another benefit of Google AI is that it continually learns. It can create models or patterns on its own, rather than require you to program or build it.

Google AI aims to make artificial intelligence products very accessible to you, helping you use the technology in your daily lives. They are also making it easier for people to dabble with AI, with easy to use and easy to understand tools such as TensorFlow.

At its very core, Google AI is helping the company organize information and make it useful and accessible to ordinary people.

Google AI also has all the resources it needs to develop AI products and services better than most of its competitors. It has more data for machine learning. Plus, it has the best talents in the world. 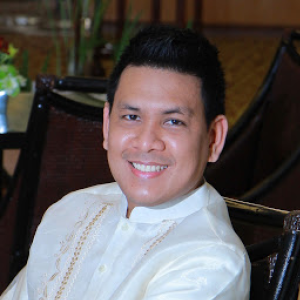 How Can Open Data Affect Businesses?

The Top Uses of Data Warehousing to Your Business

How Can SMEs Leverage Big Data to Their Advantage

Big Data and Data Warehousing for Your Enterprise